The announcement was made on Saturday, March 30, in Créteil, France, headquarters for 35 years of the traditional Films de Femmes Festival, which brings together the best cinematographic productions made by women. There were nearly 150 works in competition, in the categories of long and short fiction, European and foreign, as well as long and short documentary, European and foreign.

Petra Costa was here in Créteil to receive her Anna Politovskaia Jury Prize. 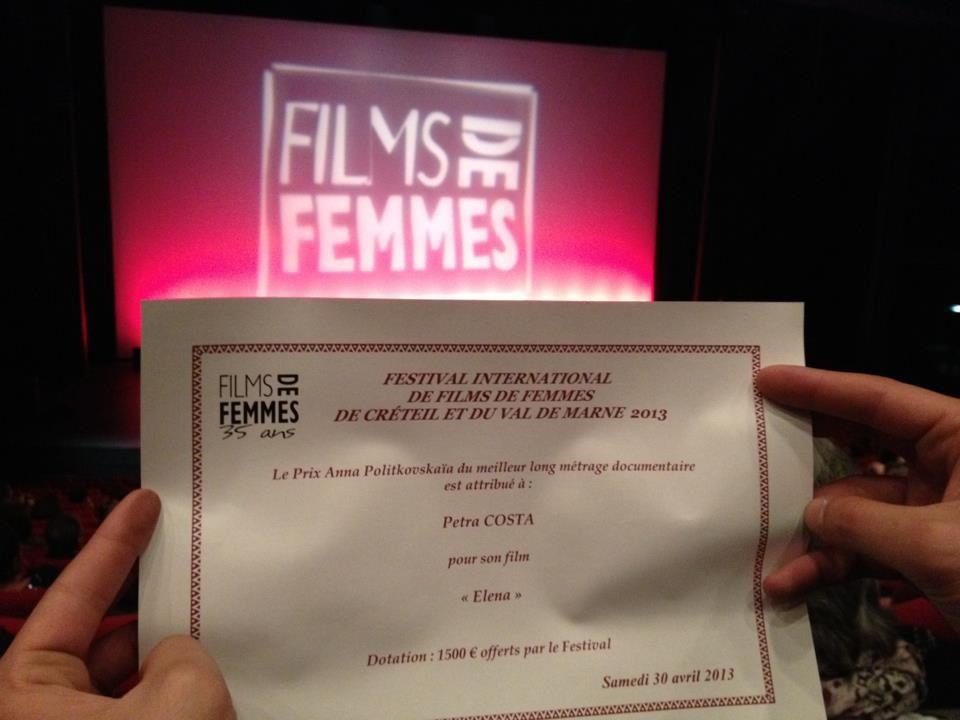