After drama studies in London, Jean-Marc Barr started his career in 1984 with Bruce Beresford's King David. In 1987, after working with John Boorman in Hope and Glory he gained international recognition with Luc Besson's The Big Blue. Not long after he met Lars Von Trier with whom he would start a long collaboration starting with the lead role in Europa (1990) and participation in Breaking the Waves (1996), Dancer in the dark (2000), Dogville (2003) ... 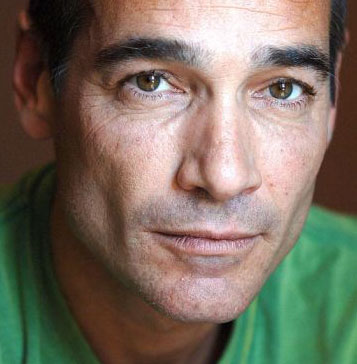 Nandita Das has acted in over 30 films in 10 different Indian languages and her directorial debut film - Firaaq has won accolades and appreciation from critics and the audiences.

Trained as a social worker, she continues to advocate human rights issues, and till recently was the chairperson of the Children’s Film Society, India. Last year she wrote, directed and acted in a play -’ Between the Lines’. Currently she is acting in ‘Gates to India Song’, directed by Eric Vigner, as part of the Bonjour India celebrations.
She was a member of the main jury at the Cannes Film Festival in 2005.

Actress Judita Franković was born in Zagreb and has worked extensively in film and theater. She is  the only Croatian actress who has won the Best Actress Award without attending the Academy of Performing Arts, Zagreb. She received the award for the role of Tonka in Judith French.

She trained under Simona Dimintrov-Palatinuš in the Acting Studio of Teatar EXIT in Zagreb and attended workshops by Cicely Berry, Rycszard Nieoczim, Scott Fielding, Fern Smith and others. For the role of Tonka in Judith French, Judita won 2009 Croatian Theater Award for best actress in a dramatic play.